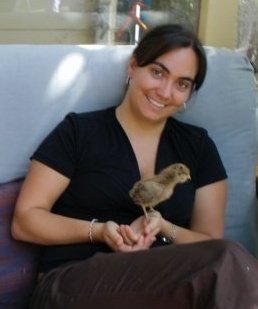 Calling all volunteer hands! We need you!DUHC relies on individuals for over 80% of our funding; we don't take donations from corporations of the government. That's why we need to annually stuff and mail thousands of letters asking people to donate to the cause! Will you join the party and help out? We'll be going strong from 10am-4pm Sunday and Monday, November 4th & 5th — so please join us anytime!Lunch, yummy snacks, drinks, good conversation, and cuddly animals will be provided.Please…See More
Nov 19, 2011
2 Comments

House Party for Democracy at The Duck House

Move to Amend is teaming up with Public Citizen and People for the American Way to host houseparties across the country. These house parties are an opportunity for you as well as your friends and neighbors to:  — learn more about our efforts to combat the impacts of Corporate Personhood,  — begin to plan local actions for January 21, 2012 (the second anniversary of the Citizens United ruling), — hear more about our strategies to pass community resolutions in support of an amendment, and    —…See More
Nov 8, 2011
0 Comments

This is an opportunity for folks already involved with the Democracy Unlimited to come and meet each other and for new folks to come and find out more about our organization.Enjoy good food and good company in a cozy atmosphere.These breakfasts are held the fourth Sunday of every month. The cost is $5 for all the pancakes you can eat.Skillshare WorkshopEvery month we offer a Skillshare Workshop to assist people in gaining skills and connections to foster exchange between neighbors and community…See More
Sep 24, 2011
0 Comments

Hey everyone!I'm raising up chicks again this year and am planning to get my first batch this Friday, March 25th and then if needed another batch next week. I'm hoping to do them all at once so I don't have chicks too late into the summer.You never really know what breeds the feed stores will have so please give me a few options of what you'd like and I'll do my…See More
Mar 24, 2011
0 Comments 1 Like

Artful Activism Workshop: The Strategic Use of Creative Tactics for Building Power at The Duck House

This training will ground Issue Campaign Organizing and Action Design in grand strategic principles; expand the tactical vocabulary of participants; and provide tools for invigorating your activism.We will explore ways to better mobilize community assets and expand participation to integrate a broad spectrum of spectacle and other creative tactics -- from flashmobs to blockades, giant puppets to flying banners, and other uses of…See More
Mar 6, 2011
0 Comments

Tune in to KMUD tonight at 7pm for Democracy in Action for chat w/ folks on the ground in WI & ways to stand up to corporate power locally!
Feb 21, 2011

Join us each month for a quick hands-on training in basic aspects of organizing, organizational development and community building. These trainings are open to anyone regardless of skill level or background. Seasoned organizers are encouraged to attend as well - share your knowledge with others and grow our community's organizing capacity. We will combine presentation and participation to empower participants with the knowledge, skills, networks, and tools needed to mobilize grassroots action…See More
Feb 3, 2011
0 Comments

Join us for our monthly pancake breakfast with a twist! Bring your crafts to sell or trade and finish your holiday shopping too. Space is limited so give us a call today.Even if you have your shopping done, please join us for a fun and tasty cookie exchange! Bring your homemade cookies, treats, and recipes to trade.Cost is $5 Community Currency (or US$) for all the pancakes you can eat.Call us today to reserve a spot for your crafts or homemade items: 476-8475!No booth fees, but space is…See More
Dec 8, 2010
1 Comment

By Steven HillEditorial in the San Francisco ChronicleNovember 15, 2010Jean Quan's riveting victory to become the mayor of Oakland has brought re-newed attention to ranked-choice voting (or instant-runoff voting). San Francisco has used this system, which allows voters to rank their top three candidates, in seven…See More
Nov 16, 2010
0 Comments 0 Likes

This is an opportunity for folks already involved with the Exchange to come and meet each other and for new folks to come and find out more about the project.This month's Skillshare Workshop will be "Building Greywater Systems" with Eli Asarian. The workshop will be from 11am-noon.Every month we offer a mini skillshare workshop to assist people in gaining skills and connections to foster exchange between neighbors and community members.If you have goods or services for which you'd be willing to…See More
Apr 12, 2010
0 Comments

I'm raising up chicks again this year and am planning to get my first batch this Friday, March 25th and then if needed another batch next week. I'm hoping to do them all at once so I don't have chicks too late into the summer.

By Steven Hill
Editorial in the San Francisco Chronicle
November 15, 2010

Jean Quan's riveting victory to become the mayor of Oakland has brought re-newed attention to ranked-choice voting (or instant-runoff voting). San Francisco has used this system, which allows voters to rank their top three… Continue

Deadline for summer applications is March 1, 2010. I don't have a picture and besides, even if I did, I don't know how to load it.  It makes me proud to see young people fighting the good fight.  I really hope this is the incident that causes everyone with a conscience to stand up and be heard.  Living in central Texas makes it difficult at best to be heard.  However, I am big and loud.  So I just keep shouting.

Humboldt is a light to the rest of us.

Great job! We travelled in WI just a few years ago and LOVED it there.

Unfortunately, regarding the pancake breakfast, my husband's work schedule conflicts. If there is something for a Wednesday or Thursday however...

Have a good day!

Have you been following the story in Wisconsin? We have, and hear that Ohio and New Jersey governors are planning the same. The thing is, that part of the bill in WI gives Gov. Scott Walker and his republican buddies virtual COMPLETE control over the state. Now, today, 2/18/11, It has been announced that in Nashville, TN they have quietly voted against collective bargaining for teacher's unions, etc. The vote was along party lines, but the republicans won. No public notice was given in advance of this vote.

People can go to DemocracyforAmerica.com and join the virtual march in solidarity of the workers and democratic state legislators in WI. This site shows the areas where people have joined the virtual march, and I must say that the majority of the nation has joined.

BoldProgressives.org has an open letter to Gov. Scott Walker. Apparently he is still considering calling out the national guard on the demonstrators. State troopers in WI have been ordered to go to the home of the Democratic caucas leader to force his hand. MoveOn.org is asking people to put a note on their FACEBOOK page stating the following, "﻿Today I stand with the teachers, nurses and all public employees of Wisconsin who are fighting for their rights. If you do too, change this to your status for the rest of the day."

Please pass the info on, as we are ALL inder attack from the republican agenda!

Thank you and have a good day.

Charles Cox said…
I don't have a digital camera so no photo yet.  Will be going to demonstration this Sat. 2/19 at end of F St. (gazebo/plaza) re Richardson Grove destruction and Navy war games off our coast.  Also, upset about protesters being tortured by local Highway partol at caltrans demonstration.