Deadline for summer applications is March 7, 2011.

Administrative Assistant
12-15 hours per week, $10 per hour, some evenings & weekends

Are you passionate about working for social justice? Join our team!

Democracy Unlimited is currently seeking an extremely well-organized and detail-oriented individual to support all of our administrative functions.

Recording of Marianne Williamson on Democracy and Spirituality for Democracy Unlimited

We were honored to host Marianne Williamson at a jam-packed church in Eureka in October 2010. Click the link below to listen to her talk.

If the plugin below doesn't work,…

Authors of poems meeting the contest guidelines will be honored…

The Historic First Teach-in of THE FREE UNIVERSITY OF SAN FRANCISCO
All courses listed below take place at Viracocha, 998 Valencia Street at 21st, the Mission District, San Francisco

Learn how to make your own energy-efficient thermal curtains for your home. Lower your bills and regulate your home’s temperature. Warm in the winter, cool in the summer. It just makes sense.

Our planet is in crisis. Every ecosystem is collapsing. Another 120 species will go extinct today. And the carbon level keeps rising. For years, writer Derrick Jensen has asked his audiences, "Do you think this culture will undergo a voluntary transformation to a sane and sustainable way of life?" No one ever says yes.

Vermont Is Gearing Up to Strike a Major Blow to Corporate Personhood, Ban It Statewide

On the anniversary of the Citizens United decision, Vermont politicians are moving to deny corporations the rights that humans enjoy.…
Continue

Schools nationwide are hostile environments for a distressing number of gay, lesbian, bisexual and transgender (GLBT) students. Studies show that almost all GLBT students hear homophobic remarks and are the targets of verbal and physical abuse at school due to their sexual orientation. As a result, GLBT youth show much higher rates of drop-out, drug abuse, homelessness, depression and suicide.

We need workshop leaders for skillshare workshops in 2011! Click here and fill out the application form to teach a 2011 Skillshare Workshop.

An Open Letter to the Businesses Who Participated in the Humboldt Exchange Community Currency: We're Closing Down the Project

I am writing to tell you that Democracy Unlimited has decided to end the Humboldt Exchange Community Currency project.

In August 2009 we wrote to the larger community (http://humboldtexchange.org/past_autumn2009.htm) through the Humboldt Exchange Directory and the Democracy Unlimited newsletter to let you know that…

KNOW YOUR RIGHTS TRAINING: How To Handle Encounters With Cops Training will be at PARC [Peoples' Action for Rights & Community]
In the Q Street Alley, between 3rd and 2nd Streets, Eureka

Do you know what to do…

Thanks to the efforts concerned members of the public, the US Navy will be holding a meeting in Eureka to hear concerns about the proposed expansion of activities in its Northwest Training Range Complex (NWTRC).

The meeting will be held on Wednesday, December 15th from 5 to 7 pm at the Wharfinger Building in Eureka.

The NWTRC has been in use since World War II. It covers an area of 122,440 square nautical miles… Continue

Guests Ryan Emenaker, Naomi Boyden and Hayden Newman, of the College of the Redwoods to discusses their community organizing class and an upcoming screening of Freedom Riders, a new documentary film about the Freedom Rides of the Civil Rights… Continue 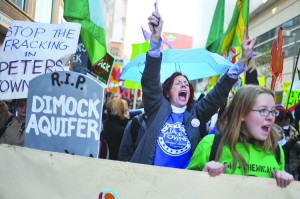 NOT ON OUR PACIFIC COAST! Say No to Navy Warfare Testing!

On November 9, the National Oceanic and Atmospheric Administration (NOAA) gave the US Navy permission to “take” more than 600,000 marine mammals over the next five years in the expanded Northwest Training Range Complex.

The Navy Training Range is on the agendas for this week's meetings of Eureka and Arcata City Councils. Please come if you can. If not, please send emails to your Council representatives. Tell them we need them to speak out for the… Continue

The Humboldt County Independent Business Alliance (HumIBA) hosts a film screening and local foods potluck to celebrate the launch of their “Shop Local First for the Holidays” campaign, as well as “America Unchained!,” a nationwide call to shop local and avoid chain stores.

The potluck will begin at 6 p.m. Bring a dish to share inspired by local ingredients. The film, “Independent America:… Continue