By Steven Hill
Editorial in the San Francisco Chronicle
November 15, 2010

Jean Quan's riveting victory to become the mayor of Oakland has brought re-newed attention to ranked-choice voting (or instant-runoff voting). San Francisco has used this system, which allows voters to rank their top three… Continue

Guest Laird Monahan, of the Move to Amend campaign, discusses his walk across the United States with his brother Robin to raise awareness about Corporate Personhood and the campaign to amend the US…

If a proposition or measure is not mentioned it means that we did not take a position. Democracy Unlimited does not endorse candidates. For additional information about measures or candidates see: Smart Voter - maintained by the League of Women Voters. 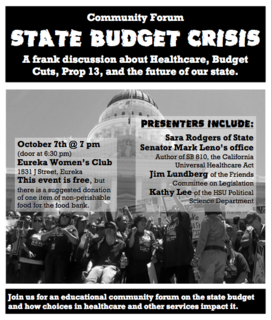 A Frank Discussion about Healthcare, Budget Cuts, Prop 13, and the Future of Our State ~ Organized by Humboldt Health Care for All Californians

This event is free, but there is a suggested donation of one non-nonperishable food for the… Continue

Deadline to Apply for Spring 2011 Internship is Nov 1st

The deadline to apply for our Spring 2011 internship session is coming up on November 1. We have seen some tremendously talented and passionate young people come through our program who then go on to do excellent work after their time here.

The spring internship runs from January 31st through April 29th. We offer host housing and a $500 stipend for each intern. The internship program itself combines both close mentorship and grassroots… Continue

Thanks to the Farmers and Businesses that Helped Make Deep Democracy 2010 a Success!

Letter sent to the Times-Standard:

Democracy Unlimited would like to thank all the businesses and farmers who contributed to our forth annual workshop, “Community Organizing for Deep Democracy.” This event attracts organizers and activists from across the country for an intensive training on the skills needed for building a democracy movement from the ground up.

Our hardworking volunteers help us prepare all the meals for this full weekend training. We were proud to… Continue 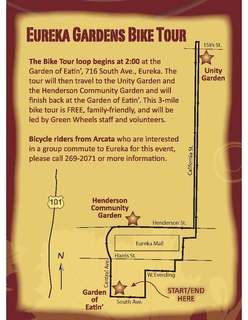 From our friends at Humboldt Health Care for All:

Are you tired of spiking insurance premiums and rising medical costs? Humboldt Health Care for All looks at the issue with the Mad as Hell Doctors at a Town Hall meeting on California healthcare reform. The meeting takes place on Thursday, September 23 from 5:30 to 9 p.m. at the Bayside Grange, 2297 Jacoby Creek Rd. off Old Arcata Rd, Bayside. The event begins with a community dinner @ 5:30 p.m. followed by the Docs @… Continue

Check out a visual workshop & storytelling on COAL POWER, CLIMATE CHANGE, and SUSTAINABILITY. Gather ’round a giant collaborative mural mapping out the big picture of the fuel that feeds the American Dream - and what we’re really paying for it. What are REAL ALTERNATIVES for all of us? DUHC/Move to Amend Coming to a Community Near You! 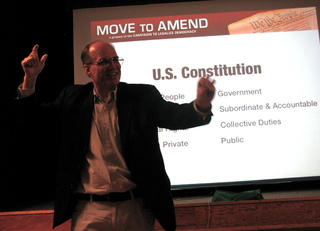 DUHC has been on the road almost non-stop promoting www.MoveToAmend.org, the national coalition of groups and individuals demanding a series of constitutional amendments to make the promise of democracy a reality in this country. This summer David Cobb has toured Utah, Texas, Ohio, California, Oregon and Washington… Continue 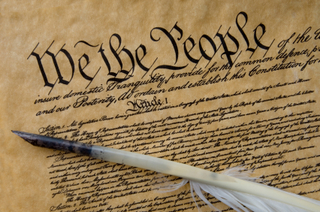 The US Constitution says “We the People,” not “We the Corporations.” Nowhere in the Constitution are corporations even mentioned let alone protected and anointed with human rights to do virtually what they want, where they want, whenever they want politically, economically, socially or environmentally.

Constitution Day, September 17, is a terrific opportunity to take this… Continue

Democracy Unlimited's David Cobb has been asked to produce a pilot for Free Speech TV, the first (and most viewed) national progressive television network created in the United States.

Our Community Organizing for Deep Democracy Retreat is one of our most rewarding events.

We host activists from across the country for a weekend-long intensive training on building a democracy movement in the United States. The workshop is interactive and highly informative and participants walk away with tools for organizing in their communities, and great connections with other organizers who share their passion and focus on bringing down Corporate Personhood.

Until recently, I haven't felt much more than ambivalence toward Harry Reid, the current Senate Majority Leader. I guess that I even felt a bit sorry for him for having to deal, on a day-to-day basis, with the perverted Party Of No. If I had to continually work around liars that purposely existed in a state of "NO," I'd certainly become discouraged and make it a point to avoid them at all costs. So, just for his diligence to duty and patience I recently began to give him a few points. And now,… Continue 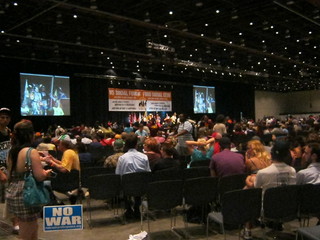 Find Out Which Candidates Will Protect Your Rights Over Corporate "Rights"

Tuesday, June 8, 2010 is Election Day across California and many other states. Do you know where your local candidates stand on the issue of Corporate Personhood?