Following last year’s U.S. Supreme Court decision in Citizens United, Minnesota Democrats are proposing a constitutional amendment to define an individual as a “natural person.” The 2010 ruling gave corporations certain rights as “persons” and allowed them to engage in new levels of political activity. Sen. Scott Dibble of Minneapolis said the DFL bill is aimed at curtailing the idea that corporate entities have the same rights as human beings.


The bill, SF683/HF914, puts forward a simple question to voters: “Shall the Minnesota Constitution be amended to define ‘person’ to mean natural person?”

“Corporations have been allowed to funnel vast sums of money into elections which distorts our elections and really amounts to buying elections,” Dibble told the Minnesota Independent. “No other entity could begin to match the amount of money that corporations are capable of spending.”

And he warned that next year will have even higher levels of corporate spending than did 2010. “I think we will see that times ten in 2012,” he said.

He pointed to Justice Paul Stevens’ dissent in the Citizens United case that said allowing corporations to intervene in elections will corrupt self-governance.

“The Court’s opinion is… a rejection of the common sense of the American people, who have recognized a need to prevent corporations from undermining self-government since the founding,” wrote Stevens, “and who have fought against the distinctive corrupting potential of corporate electioneering since the days of Theodore Roosevelt.”

But, Dibble said, the bill isn’t only about elections. Further recognition of corporations as persons could give them rights that conflict with actual people in many areas of law, he said. For example, the Supreme Court is currently weighing a lawsuit filed by AT&T which is asserting that corporations have a right to personal privacy under the legal concept of corporate personhood.

The constitutional amendment being offered would hit the ballot in 2012 if it passes the legislature (amendment bills don’t go through the governor). Dibble said he and House author Rep. Bill Hilty of Finlayson will press for committee hearings. Dibble expressed some skepticism that the bill would pass, but added that some in the Tea Party have been sharply critical of the Citizens United decision. He wonders whether Tea Party-backed Republicans in the legislature find common cause with the DFL on corporate personhood.

For more information about the national campaign to abolish corporate personhood check out Move to Amend.

Check out other efforts to challenge corporate personhood taking place across the country: 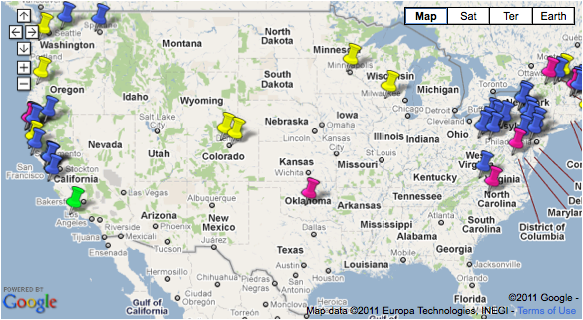 Click here to view the most up to date map.